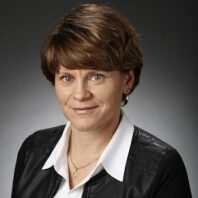 Carol Bird-Terrell is currently a Process Engineering Superintendent and the interim Technical Manager for the bp Cherry Point Refinery, a world-class operating refinery located in the Pacific Northwest. Before joining bp Carol worked for Georgia-Pacific (GP) Corporation at their pulp and tissue mill then located in Bellingham, WA before its closure in 2007. Prior to GP Carol worked as a marine biologist before going back to school to pursue chemical engineering.

While at Georgia-Pacific Carol worked as a process engineer in the pulp mill, lignin and alcohol plants. She gained experience in many areas including wastewater treatment, pulping, and fermentation and distillation of alcohol before becoming the commissioning engineer for a large-scale lignin ultrafiltration system. After closure of the pulp mill and chemical plants Carol moved to the tissue mill as the Quality Manager for bath tissue and paper towel products and then advanced to Machine Room Assistant Superintendent.

Carol has been at the bp Cherry Point Refinery for over 14 years. Her experience spans many areas including Process Engineering, Process Safety, Operations and Commercial. During Carol’s time at the refinery she was fortunate to have served a term as a United Way Campaign Manager in her local community and she led the bp Women’s Network for several years in support of bp’s Diversity and Inclusion ambition.

Carol was born on Vancouver Island in British Columbia and lived in several locations throughout the province before moving to Washington State.