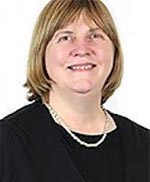 Marjorie Hatter began her career at Unocal’s Science and Technology Division in Brea, California. At the research center, she worked in several areas, including geothermal energy, pilot plant processing, and catalytic process development. In 1992 Hatter joined Unocal’s Corporate Environmental Remediation Department as Manager of Environmental Technology and in 1994, transferred to Unocal’s Refining Division and became the Manager of Technical Services and Engineering at the San Francisco Refinery. With the purchase of the Refinery by Tosco Corporation in 1997, Hatter accepted a position as Operations Manager of the Chemical Plant at Tosco’s Refinery in Martinez, California. She later worked as Manager of Engineering and Manager of Health, Safety and Environment at the Martinez and San Francisco Refineries.

In 2000, Hatter transferred to Tosco’s Los Angeles Refinery, where she was Manager of Operations and Maintenance for the Carson Plant. In 2004, she became the Manager of Excel Paralubes, an independent joint venture of ConocoPhillips and Flint Hills Resources, located in Westlake, Louisiana. She became Refinery Manager the Phillips 66 Refinery in Ferndale, Washington in 2007 and retired from this position in 2014.

During her career, Hatter has also held roles in many community organizations including the United Way of Orange County, California and Leadership Long Beach also in California. She is past Treasurer and current Chair of the Western Washington University Foundation Board and is a past Chair of the Advisory Board for the Voiland School of Chemical Engineering and Bioengineering at Washington State University. She has participated as an EXPO judge and guest speaker at the University of Idaho. Hatter grew up in Grangeville, Idaho and graduated from the University of Idaho with a B.S. and M.S. in Chemical Engineering. She is married and has two children and currently resides in Blaine, Washington.