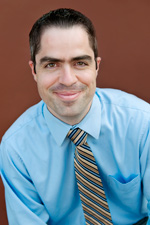 Nigel Campbell, M.D., earned his B.S. in Bioengineering in 2004, where he was named the outstanding senior for the College of Engineering and Architecture. He entered the University of Washington School of Medicine that same year, earning his MD in 2008. While at the University of Washington, he completed the WRITE rural medicine program, as well as being voted the Ellen Griep Award recipient by his peers. Dr. Campbell went on to complete his residency training on obstetrics and gynecology at the University of Rochester in upstate New York. During his time there, he received the Richard Fullerton Award for resident teaching, the Department of OB/GYN resident research award, and the Arnold P. Gold Humanism in Medicine Resident Teaching award. After graduation from residency in 2008, Dr. Campbell made is way back home to Pullman, where his is currently in private practice. He has given guest lectures to both the University of Washington WWAMI medical students and the Bioengineering undergraduates, and is an active participant in the WWAMI 1st year preceptor program.