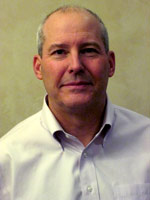 Chris Sonnichsen began his career with Unocal Corporation at their research center. Later he transferred to Unocal’s fertilizer division, and he spent most of his career working in fertilizer manufacturing with Unocal and then Agrium Corporation. He was plant manager at ammonia, urea and nitric acid plants in Kenai, Alaska; Carseland, Alberta; and Kennewick, Washington prior to his retirement in 2013.

Besides supporting WSU over the years, Chris has been involved with the United Way, Boys and Girls Clubs and local food banks. His hobbies include golf, snow skiing, hiking and traveling.

Chris feels that his education and experiences at WSU contributed to a lifetime of success and happiness and is honored to give back to WSU by serving on the Advisory Board. He and his wife, another WSU chemical engineering graduate, live in Richland. Their older son graduated from the University of Oregon in economics. Their younger son is currently at WSU, studying international business and managerial operations and is a third generation COUG!