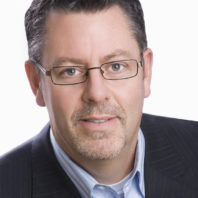 Beginning his professional career at the U.S. Department of Energy’s (DOE) Hanford Site, John rapidly earned positions of increased and broadened responsibilities, eventually serving as the Operations Manager and then later Deputy Plant Manager for the Plutonium Uranium Extraction (PUREX) Facility. In 1999, he was named President and General Manager of WorleyParsons Polestar, who provided specialized technical and analytical consulting for DOE and the commercial nuclear power industry and, in 2011, John was named WorleyParsons Global Director of Nuclear Materials and Decommissioning.

As a recognized technical expert in the field of nuclear facility deactivation including the formulation of DOE’s processes and policies in this subject area during the 1990’s, John has participated in many of the highest profile deactivation and decommissioning projects, particularly in the early strategic stages, the DOE has executed to date.