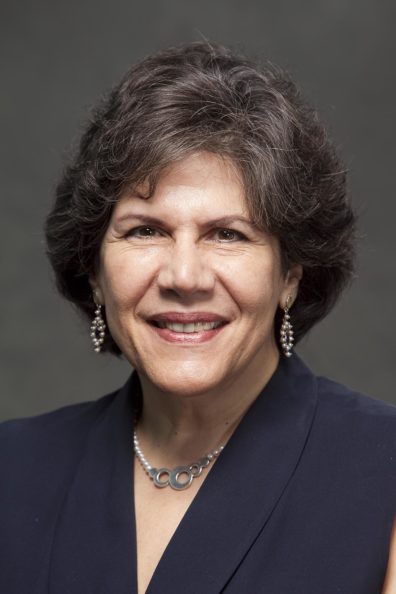 Dr. Flytzani-Stephanopoulos is a Distinguished Professor and the Robert and Marcy Haber Endowed Professor in Energy Sustainability in the School of Engineering at Tufts University. She directs the Tufts Nano Catalysis and Energy Laboratory, which investigates new catalyst materials for efficient and clean production of hydrogen and chemicals. Pioneering work from her lab has demonstrated the use of single atom heterogeneous catalysts for several reactions of interest to fuels and chemicals processing. These catalysts with 100% atomic efficiency of precious metals and high selectivity to the desired product will enable more efficient and sustainable chemical process development. Dr. Flytzani-Stephanopoulos joined the Chemical Engineering faculty at Tufts in 1994. She holds ten patents and has written more than 170 technical papers. She has been an editor of the journal Applied Catalysis B: Environmental since 2002, and is an associate editor of Science Advances. She is the recipient of many awards and distinctions, including the Tufts Distinguished Scholar award, the Henry J. Albert award of the International Precious Metals Institute, the Giuseppe Parravano Memorial award of the Michigan Catalysis Society, the Graduate Teaching and Mentoring Award of the Tufts School of Engineering, and the Carol Tyler award of the IPMI. She holds Honorary Professorships at Tianjin University and the Beijing University of Chemical Technology, is a Fellow of the AAAS and the AIChE, and a member of the US National Academy of Engineering.

Professor Fan’s expertise is in fluidization and multiphase flow, powder technology and energy and environmental reaction engineering. He is an inventor of 7 industrially viable clean fossil conversion processes: OSCAR, CARBONOX, PH Swing, CCR, Calcium Looping, Syngas and Coal-Direct Chemical Looping Processes. These processes control sulfur, nitrogen oxide and carbon dioxide emissions and convert carbonaceous fuels to hydrogen, electricity or liquid fuels. He also invented the electrical capacitance volume tomography for 3-dimensional, real time multiphase flow imaging that is currently being used in academia and industry. Professor Fan is the Editor-in-Chief of Powder Technology and has served as a consulting editor of ten other journals and book series, including the AIChE Journal, I&EC Research, and the International Journal of Multiphase Flow. He has authored or co-authored five books, 420 journal papers, and 55 patents.

Professor Fan has received a number of awards in recognition of his research and teaching including the ACS E. V. Murphree Award, the AIChE Alpha Chi Sigma, R. H. Wilhelm, and 67th Institute Lectureship Awards, the ASEE Dow Lectureship, the CCR Malcolm Pruitt Award, the R&D 100 Award, International Fluidization Achievement Award, and The Ohio State University Charles E. MacQuigg Award for Outstanding Teaching and Joseph Sullivant Medal for Distinguished Teaching, Research and Service. He is a Fellow of the American Association for the Advancement of Science (AAAS) and the AIChE, as well as a Member of the U. S. National Academy of Engineering, the Chinese Academy of Engineering, the Australia Academy of Technology Science and Engineering (ATSE), the Mexican Academy of Sciences, and the Academia Sinica. Professor Fan was named in 2008 as one of the “One Hundred Engineers of the Modern Era” by the AIChE. 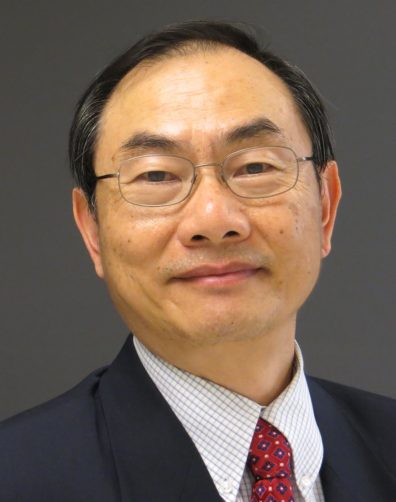 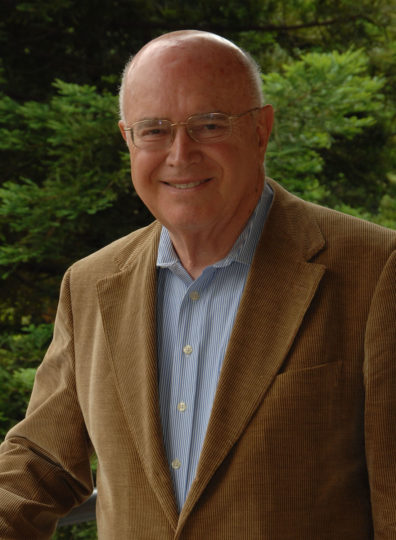 Gabor A. Somorjai is a professor of chemistry at the University of California, Berkeley, and is a leading researcher in the field of surface chemistry and catalysis, especially the catalytic effects of metal surfaces. For his contributions to the field, Somorjai won the Wolf Prize in Chemistry in 1998, the Linus Pauling Award in 2000, the National Medal of Science in 2002, the Priestley Medal in 2008, the 2010 BBVA Foundation Frontiers of Knowledge Award in Basic Science and the NAS Award in Chemical Sciences in 2013. Most recently, in April 2015, Somorjai was awarded the American Chemical Society’s William H. Nichols Medal Award. During his career, Somorjai has published more than one thousand papers and three textbooks on surface chemistry and heterogeneous catalysis. Somorjai’s expertise in surfaces was used as a consultant to the 2002 Winter Olympics where he gave advice on how to make ice-skating surfaces as fast as possible. He is now the most-often cited person in the fields of surface chemistry and catalysis. The Gabor A. Somorjai Award for Creative Research in Catalysis, consisting of US$5,000 and a certificate, is given annually to recognize outstanding research in the field of catalysis.

Bruce Gates studied chemical engineering at Berkeley (B.S., 1961) and the University of Washington (PhD, 1966) and with a Fulbright grant did postdoctoral research at the Ludwig Maximilians University of Munich. He worked for two years as a research engineer at Chevron Research Company and began as an assistant professor at the University of Delaware in 1969, becoming the H. Rodney Sharp Professor of Chemical Engineering and Professor of Chemistry. In 1992 he joined the University of California, Davis, where he is Distinguished Professor in the Department of Chemical Engineering and Materials Science. He has spent four sabbatical years at the Ludwig Maximilians University of Munich and was recently a guest professor at Hokkaido University. Gates’s research is focused on catalysis, with an emphasis on essentially molecular metal complex and metal cluster catalysts anchored to solid surfaces and on catalytic conversion of biomass-derived compounds. He authored the textbooks “Catalytic Chemistry” and co-authored “Chemistry of Catalytic Processes.” He edited the monograph Advances in Catalysis for 18 years. He serves on the U.S. Department of Energy’s Basic Energy Sciences Advisory Committee. He has been recognized with awards from the American Chemical Society, American Institute of Chemical Engineers, the North American Catalysis Society, and the Council for Chemical Research. He is a member of the U.S. National Academy of Engineering. 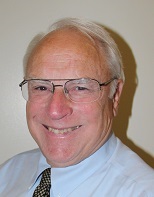