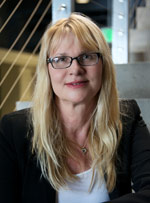 Prof. Ahring works with biomass conversion to biofuels and high-value bioproducts. Her expertise is broad and expands from full biorefinery set-ups for biomass conversion involving pretreatment, biological production and molecular tailoring of new biocatalysts to separation and catalysis of platform molecules into fuels and chemicals. Currently she is involved in production of jet fuels using a new bio-based concept and her research group works all the way from proofs of concept activities in the laboratory to pilot scale testing of new concepts. Her overall philosophy is to make full use of any raw material. Even though agricultural and forestry residues are waste from other primary production schemes, they need to be fully exploited in the biorefinery: Don’t waste waste! Full use of the raw material will further lower the cost of the bio-products produced and make biorefineries economically viable.

Biomass conversion often starts with pretreatment. Together with her partners Prof. Ahring has worked extensively with the wet explosion pretreatment, an efficient thermo-chemicals process, which in contrast to other technologies uses no chemicals from the conversion process. During the last 5 years Prof. Ahring’s team has demonstrated that this technology is superior not only for agricultural residues such as straw, husk, bagasse and empty fruit bunches, but also for pre-treating woody residues (both hard- and softwood). The process has recently been shown to be superior for treatment of forest slash—so-called hog fuel—which until now has no other uses than simple combustion in hog fuel burners. Another recent discovery is the wet explosion process introducing changes to the lignin fraction making of manure fibers allowing for far higher methane yield during anaerobic digestion.